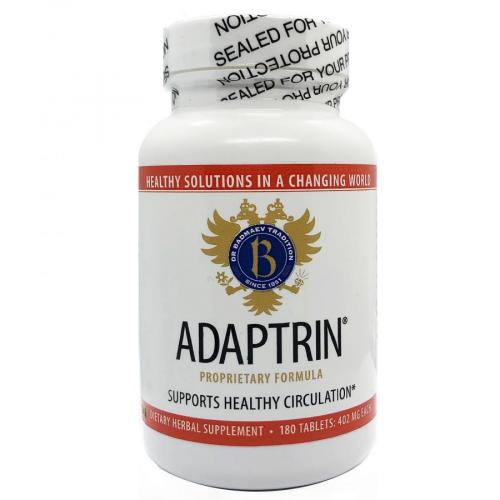 THE ROLE OF STRESS IN OUR LIVES AND POTENTIAL ROLE OF BIOPROTECTANTS FROM INDO-TIBETAN MEDICINE IN MAINTAINING THE IMMUNE HEALTH AND STAMINA.

Although recognition of “stress” as a condition did not occur until the rather recent 1930s, when it was described by the Canadian Dr. Hans Selye, it is not a new phenomenon.  Stress has pervaded our lives since the beginning of human history and throughout the evolutionary process. Essentially, stress reaction is a response to danger, and one’s ability to deal with it enables him/her to survive the next stressful challenge of life. In the early days, inability to deal with stress usually resulted in death or elimination from meaningful participation in the tribal life of our ancestors.  A little and a lot has changed in course of thousands of years. Instead of terror of predatory animals, the glut of information today due to our ever technologically advancing society challenges our psyche equally if not more. Too often and too many of us resign our lives to stress without even knowing what has hit us.

We recognize now that stress does much more harm to an organism than just causing an unpleasant feeling of oppression. The relation between psychological stress and functioning of the immune (defense) system have been recently assigned to the new branch of medical sciences called Psychoneuroimmunology. Although there is a considerable individual variability in response to psychological stress (depending on specific ways of coping with stress), there is substantial evidence that stress affects profoundly the immune system. It takes toll on the body’s defenses against disease, which is especially evident when the system is challenged as in the case of infection with the flu virus or recently highlighted coronavirus. The psychological duress is the most common form of stress experienced by most of us, and its implications on the overall health, the mechanism, and its prevention will be discussed in this article.

ARE  YOUR  BODY’S DEFENSES  COMPROMISED BY PSYCHOLOGICAL STRESS?

Some forms of distress are obvious, others are stealthy.  In both instances, however, psychological stress triggers an emotional response which in the long run negatively affects the immune system.

Mental depression is an example of an obvious psychological distress, with intensity of depression directly correlated to the immune system impairment.  In long standing mental depression, there is a reduction of lymphocytes (sub-type of white blood cells), as well as their immune functions especially reduction of natural killer (NK) cell activity. The NK are specialized lymphocytes that counteract cancer cells, and challenge invasion of host by bacterial, viral and parasitic pathogens.

Less obvious is the role of stress in health deterioration in people who are chronically subdued, as are spouses who care for their loved ones suffering from devastating terminal diseases (e.g. Alzheimer’s dementia, cancer). Those individuals usually show poor response to flu vaccination as one of the important manifestations that their immune system is impaired, and they often experience higher rates of illness, including influenza virus infection.  Most times they complain about chronic tiredness, which unfortunately is often not properly diagnosed nor properly treated.

Aging brings dramatic and negative changes in our lives (retirement, loss of an active role in the society, abandonment, loneliness), and these situations are likely to cause a high level of stress. Chronic worry and persistent fear compounded by affective disorders and clinical depression are common with aging and could be responsible for the reported decline of immune functions in the elderly.  This may explain why the incidence of autoimmune, infectious, and neoplastic diseases increase with age. Statistically, pneumonia and influenza together constitute the fourth leading cause of death among persons aged 75 years or older.  It is possible that age-related vulnerability of the immune system combined with greater susceptibility to psychological stress may be one of the major causes (and least recognized) for the increasing rate of diseases in elderly, including increased susceptibility to flu virus and most recent coronavirus infections.

There are many examples in our lives that point to a fact that psychological stress is not just a transient nuisance to be ignored, but a mechanism that affects our health and well- being at all age groups, status in life and occupations. Ninety newlywed couples were selected for a study on how the marital conflict-resolution behaviors affect hormonal and immune functions. Among these young couples, hostile or stressful behaviors during marital conflict were associated with increased stress hormone levels and deterioration of the immune system over the subsequent 24 hours. These findings suggest that stressful marital interactions leave an immediate and possibly lasting impact on endocrinological and immunological functions in young people.

Even those with “extraordinary” professions like astronauts are prone to impact of stress on their immune system. The results of immunological analyses in the course of preparation to, and during and after space flight, indicate that space flight can result in a blunting of the immune responses among astronauts. This information allowed a careful planning of pre-flight and flight health regimen to prevent a potentially dangerous microbial infections among the spacecraft crewmembers.

One of the most underdiagnosed, not even recognized as an abnormality by people affected by this condition, is social anxiety disorder. Although social anxiety disorder can cause a significant impairment in social and occupational functioning, too often it is ignored by us and excused as mere shyness.  However, if this condition (prevalence 11.115.5%) is not treated in time, the effects of stress build up and result in deterioration of one’s overall health. Social anxiety disorder can be manifested by an excessive fear of public speaking, excessive fear of scrutiny, and fear of acting in a way that will be embarrassing. Social anxiety disorder has an early onset in most patients and tends to manifest during adolescence. Unfortunately, many patients do not receive therapy until a related condition (e.g., depression, panic attack and substance abuse) is diagnosed later in life.

Sadly, one of the fastest growing groups whose health is affected by stress are children and young adults. Stress-related problems in children can manifest in an unusual way, e.g. complaints of abdominal pain, urinary frequency, headaches or truancy. These symptoms can be easily mistaken for medical problems and treated without addressing the real cause of the problem.  The sources of stress in children's lives is often overlooked by their parents, guardians and teachers. According to a recent survey, one the biggest stressful concerns among children was that their parents may become sick, divorce each other, or become angry with them. Children subjected to mental and emotional stress like those raised in orphanages, single parent homes or in neglectful homes often have elevated levels of stress hormones and impaired immune responses. The youngsters from unstable homes develop health problems related to stress effects on the body very early in life.  Family related stress is often compounded by academic stress which has measurable effects on the immune functions.  For example, evaluation of the immune functions in students at the beginning of the academic year and the day before final examinations showed that the lymphocyte proliferative response and production of immune mediators were negatively affected by stress caused by examination anxiety.

PSYCHONEUROIMMUNOLOGY: STRESS VS. THE IMMUNE SYSTEM

As shown above, emotional and mental stress can be due to a variety of psychological stressors affecting people of all ages and professions. Regardless of the kind of stressor, the response of the organism to duress is similar and measurable.

The complexity of acute-phase reaction was described, in principle, sixty years ago by Dr. Hans Selye who discovered that the neuroendocrine (neurohormonal) and body defense systems interact during stress.   He found that animals subjected to stress regardless of its nature responded with a three stage reaction that involved the following:

Whereas “flight or fight” and acute-phase reactions may initially be lifesaving (e.g. against sepsis or massive bacterial infection), once they progress into a chronic stage the ability of the organism to cope with stress will soon become exhausted. Chronic stress will compromise body’s ability of self-defense leading to exhaustion of the organism described in stage “3” by Selye. Containment of acute-phase reaction is therefore an important part of harnessing stress and preventing its further progression beyond its useful role.  Natural mechanisms extinguishing acute-phase response occur via production of anti-inflammatory (antidote) mediators such as IL-10, IL-4, IL-13, and an increase in the levels of steroidal anti-inflammatory hormones (e.g. cortisol). Too often, however, the natural anti-stress mechanisms fail, and this causes a persistent elevation of steroidal hormones beyond its usefulness. This leads to significant immunological, cardiovascular and metabolic deterioration.

THE PRESSING NEED FOR WAYS TO DEAL WITH STRESS

Dealing with stress as a serious risk factor compromising our health should take high priority in our lives.  It becomes obvious from the above discussion that 1. The intensity of mental and emotional duress is on the increase, and 2. early diagnosis and intervention can prevent effects of chronic stress on our overall health and well-being.  Selye, who first scientifically defined the role of stress in our lives, also noted the importance of the timely control of stress effects by timely build-up and maintaining the non-specific adaptation energy needed to harness stress and its harmful effects on our body’s natural defense mechanisms.

There are time proven means and methods derived from the traditional and ancient health care systems that operate by directly increasing the adaptation energy to cope with stress by preventing the HPA chain reaction. Our predecessors dealt with stress intuitively while also seeking means to relax the mind and body. Some ancient cultures developed enduring techniques to cope with stress, like meditation, yoga or Tai-chi exercise. One of the most comprehensive approaches in dealing with stress was practiced in the ancient medical system of India known as Ayurveda and the related Tibetan medicine.   A group of rejuvenating herbs and minerals named in Sanskrit as Rasayanas or vitalizers were purposefully used against stress related conditions.

The concept of Rasayanas inspired the contemporary idea of adaptogen, a term that was proposed in the 1950s by Russian scientists, Lazarev and Brekhman, of the Russian Institute of Marine Biology, Vladivostock.  In his book titled “Man and Biologically Active Substances”, Brekhman describes the ideal characteristics of pharmacological agents considered as adaptogens:

1.     Safety of the adaptogen’s action on the organism;

2.     A wide range of regulatory activity, but manifesting its action only against the actual challenge to the system;

3.     Act through an increase in a nonspecific adaptation energy (resistance) to harmful influences of an extremely wide spectrum of physical, chemical and biological factors causing stress; and

4.     Has a normalizing action irrespective of the direction of foregoing pathological changes.

Recently term bioprotectant has been introduced to describe any compound that would protect the integrity of the body’s cells, tissue and organs by preventing Selye’s stress mechanism and intervening to stop the stress effects. Research indicates that the term “bioprotectant” is equivalent to the term “adaptogen”, but the former may be more practical way in explaining the approach to stress management.

In conclusion, although increasing stress is an inevitable hazard of modern life, we clearly have ways to help ourselves in dealing with stress. The important point is to realize the urgent need to address the stress issue in our lives and start meaningful steps to defuse stress before it takes over our minds and bodies. Adaptrin ® can be used safely and predictably enhance the non-specific adaptation energy or resistance to stress which otherwise could damage some of the vital homeostatic mechanisms in the body, including the immune and cardiovascular systems.