THE MULTITASKING ROLE OF VITAMIN K 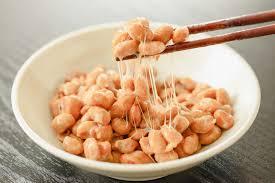 THE POTENTIAL PROTECTIVE ROLE OF VITAMIN K IN NEUROLOGICAL CONDITIONS

New cases of diabetes are increasing worldwide at a rapid pace, with the total number of people with diabetes projected to rise from 171 million in 2000 to 366 million in 2030 – an increase of nearly 200 million in only three decades. There are more cases of diabetes in women and urban populations, with diabetes in developing countries projected to double in the coming years (1). Based on reports from the Centers for Disease Control and Prevention, type 2 diabetes, or adult onset diabetes affects approximately 9.3% of the general population in the United States and 25.9% among those 65 years or older (2). The type 2 diabetes accounts for 90% of cases (3,4).

WHAT IS THE DIABETIC NEUROPATHY?

The prevalence of type 2 diabetes increases with age, higher then 25 body mass index and the presence of the disease in family history. The onset of symptoms is gradual, often masked by chronic tiredness and stress of daily life (3,4). One of the most common and debilitating manifestations of diabetes is diabetic neuropathy or an inflammatory condition affecting the function and structure of the peripheral nerves. This condition may precede by years the formal diagnosis of diabetes. At least 50% of patients with diabetes have some form of neuropathy (5).

Early signs of peripheral neuropathy manifest through what is colloquially described as “pins and needles” pain, paresthesia, loss of sensation in the feet and loss of deep tendon reflexes at the ankles. The risk of developing peripheral neuropathy increases with the duration of diabetes and deteriorating glycemic control. Some patients with neuropathy may experience extremely painful symptoms, whereas others may have objectively marked neurological deficit without significant painful neurological symptoms. Current clinical management guidelines for diabetic peripheral neuropathy are limited to adequate glucose control and symptomatic pain relief (3,4,5).

THE CAUSES OF PERIPERAL NEUROPATHY

The etiopathology of peripheral neuropathy is poorly understood and many factors, including dietary deficiencies, may contribute to the clinical manifestation of the condition.  Deficiency of vitamin B12 (also known as cobalamin), which results in a lack of a related compound, methylcobalamin, is manifested by megaloblastic anemia, and has been associated with significant neurological pathology, especially peripheral neuropathy (6,7,8). Vitamin B12 is also associated with the onset of diabetic neuropathy. In patients with diabetic neuropathy, vitamin B12 deficiency may be aggravated by the use of antidiabetic agents such as metformin (9,10,11). Even short-term treatment with metformin causes a decrease in serum cobalamin, folic acid and an increase in homocysteine, which leads to peripheral neuropathy in patients with diabetes. Therefore, diabetic patients are often advised to consume vitamin B12 and folic acid supplements as a prophylactic and have their blood levels monitored regularly.

However, review of the epidemiological data to find the prevalence of vitamin B12 deficiency in early type 2 diabetic patients and the relationship with severity of peripheral neuropathy, found no evidence that the use of oral vitamin B12 supplements is associated with improvement in the clinical symptoms of diabetic neuropathy. Currently, there is no effective treatment of diabetic neuropathy and persistence of the neurological symptoms, despite routine treatment, is a well identified unmet medical need.

THE PIONEERING CLINICAL STUDY IN PATIENTS WITH DIABETIC NEUROPATHY

A recent clinical observation by two researchers, Dr. Dilip Mehta from Viridis Inc. and Dr. Vaidya Ashok from Medical Research Center-Kasturba Health Society, Mumbai, is that vitamin K2 relieves idiopathic muscle cramps as well as symptoms of diabetic neuropathy; this illuminating observation led to a pioneering human study evaluating the effects of vitamin K2 (menaquinone-7 or K2-7) in peripheral neuropathy caused by vitamin B12 deficiency and/or type 2 diabetes. An open-labeled clinical study was conducted in 30 patients clinically presenting with peripheral neuropathy and suffering from either megaloblastic anemia due to vitamin B12 deficiency and/ or type 2 diabetes. The Ethics Committee Approval for the study was obtained from the Ethics Committee of T. N. M. C. & B. Y. L. Nair Ch. Hospital, and the trial was registered with Clinical Trial Registry of India (CTRI). Out of 30 patients enrolled for the study 23, 13 male and 10 female patients were suffering from megaloblastic anemia and 7, 3 male and 4 female patients had type 2 diabetes. The patients were divided in two groups based upon the validated visual analog scale score for the degree of severity of symptoms of peripheral neuropathy, i.e. tingling and numbness along with weakness, fatigue and cramps. The group A (Severe, 25 subjects) had a VAS score of 8-9 and group B (Moderate, 5 subjects) with a score of 6-8.  Vitamin K2-7 capsules (100 mcg / capsule, twice a day) was given orally for 8 weeks. Patients kept a regular record of the intensity of the symptoms during the baseline and throughout the study.

At the baseline group A had VAS score of 8-9, and group B had VAS score of 6-8. By fourth week, the score in group A had reduced to 5-6 with the reduction in the intensity of the symptoms of tingling and numbness. Patients reported feeling improvements with the supplementation. Further, they reported that the weakness and fatigue had also reduced. Patients who had also complained of cramps were feeling better, reporting significant reduction of occurrence and intensity of cramps. The VAS score in group B had reduced to 3-4. The pattern in reduction of the symptoms in group B was similar to group A. By the end of eight weeks, the VAS score in both groups was reduced to 1-2, especially the intensity of tingling and numbness sensation was reduced concurrent with the length of vitamin K2-7 supplementation. Interestingly, at the onset of the study, 10 out of 23 patients in the vitamin B12 deficiency group had residual neuropathic symptoms in-spite of adequate blood levels of vitamin B12; the symptom score reduced following vitamin K2-7 therapy. Vitamin K2-7 was well tolerated by all patients, with no subjective and objective adverse events reported during the period of therapy.

This preliminary study has shown for the first-time that vitamin K2-7 at a dose of 100 mcg twice a day for 8 weeks was well tolerated and safe with a significant therapeutic activity. This initial study encourages a larger sample size, placebo-controlled randomized double-blind trial of vitamin K2-7 in the management of diabetic neuropathy (The Indian Practitioner Vol. 66 No.10, October 2013.

THE ROLE OF VITAMIN K IN CENTRAL AND PERIPHERAL NERVOUS SYSTEM

The etiology of diabetic neuropathy has been debated and one of the emerging possibilities is neuropathy as an inflammatory autoimmune condition that damages the myelin sheet of peripheral nerves and the potential role of vitamin K in alleviating this condition. Chronic inflammatory demyelinating polyneuropathy (CIDP) is a relapsing–remitting, immune system-mediated disorder of the peripheral nervous system. There is an increasing body of literature suggesting that the prevalence of CIDP tends to be higher in diabetic patients, especially in those of older age. Some investigators report CIDP to be more frequent in patients with diabetes, while others report equal occurrence of CIDP in type 1 diabetes and type 2 diabetes (12,13).

In the nervous system, vitamin K operates through the carboxylation and activation of  Gla residues on GAS6 protein (growth arrest–specific gene 6 protein) which is structurally related to another vitamin K-dependent protein (VKDP), anticoagulation factor protein S. GAS6 and related S protein bind and activate the receptor tyrosine kinases of the Tyro3, Axl, and Mer (TAM) family involved in cellular signaling which stimulates the generation of central nervous system repair cells (oligodendrocytes) and increased myelin production including repair after myelin injury (demyelinating injury). Vitamin K may also act in the central nervous system independently of its role in the carboxylation reaction. In this independent of the VKDP mechanism, vitamin K is critical for healthy myelin by activating enzyme (3-ketodihydrosphingosine (3-KDS) involved in sphingolipid synthesis.

VITAMIN K2-7 AND ITS MULTITASKING ROLE IN HEALTH AND DISEASE

In conclusion, the discussed pioneering clinical study in managing peripheral neuropathy with vitamin K2-7 is supported by literature data demonstrating that vitamin K may stimulate regeneration of myelin and repair of peripheral nerves after demyelinating injury. Furthermore, research conducted in recent years linked alterations in sphingolipid metabolism to the aging process and neurodegenerative disorders such as Multiple sclerosis, Alzheimer’s disease and Parkinson’s disease.

Probably the most recognized food rich in vitamin K is the traditional dish known in Asia as natto, prepared from fermented soya beans. Natto is widely consumed as a breakfast food in Japan, and considered a rich source of dietary menaquinones, particularly menaquinone-7 (vitamin K2-7). The tradition of soya-fermented natto has been traced back to Chinese salt-free soy nuggets. A description of the process for making different types of nuggets appears in the Ch'i-min yao-shu, the earliest encyclopedia of agriculture, written in 535 AD. The fermented soya beans were prepared as a common food in Japan sometime between the 1st and 11th centuries. Since the late 18th century, natto preparation has been transformed by the modern science of microbiology. Subsequently, the microbial species responsible for production of natto were identified as Bacillus natto and Bacillus mesentericus vulgatus or Bacillus licheniformis. Depending on the method of preparation, natto may provide between 775µg and 1,750µg of menaquinone-7 for every 100g. Natto is reported to contain over 100 times more menaquinone-7 than fermented cheese – one of the main sources of menaquinones  in the Western diet, alongside pork and fish.