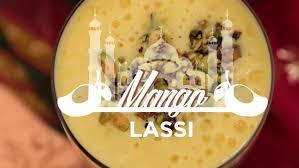 THE OPTIMAL PROBIOTIC IN MAINTENANCE OF HUMAN HEALTH

DEFINING THE ROLE OF PROBIOTICS

Probiotic bacteria are part of human biological existence, they colonize in the gastrointestinal tract and female reproductive tract, where they play important roles in the digestive and metabolic processes. These bacteria also contribute to homeostasis, characteristic of the state of health, through the molecules that they produce, especially L(+)lactic acid and natural antibiotics like subtilosin (example of class of bacteriocins).

The term probiotic is derived from Greek, meaning "for life," and was introduced by Lilly and Stillwell in 1965 to describe growth-promoting factors produced by microorganisms.  Recently the term probiotic is used to describe beneficial, L(+) lactic acid-producing  bacteria,  residing and multiplying predominantly in the gastrointestinal tract and female reproductive tract, and contributing  to one's state of  well-being.

Probiotics (friendly bacteria) begin colonizing in the human gastrointestinal tract and female reproductive tract within hours or days after birth, and from the very beginning they play an important role in the digestive and metabolic processes. These bacteria contribute to homeostasis through vitamin B complex and digestive enzymes they produce, i.e. proteases, lipases, amylases and lactase, also by producing bacteriocins (molecules that help control overgrowth of putrefactive organisms in the gut), and by providing metabolites such as L(+)lactic acid -- an  important factor in maintaining healthy acidic pH balance, particularly in the lower gastrointestinal tract and female reproductive tract.

Unfortunately these useful bacteria can easily be challenged and diminished by poor nutrition, hectic and stressful pace of life, and intake of certain drugs like antibiotics or even non-steroidal anti-inflammatory drugs and antacids.  Therefore the role of supplementation of the probiotic bacteria to replenish the pool of probiotics lost to adversities becomes an important issue.

However, not just any product labeled “probiotic” is suitable for supplemental use.The  ideal probiotic should have the following characteristics:

There are numerous species of probiotic bacteria available in stores, for example:

Traditionally cultured milk has been a good source of probiotics, providing that it comes from a reputable manufacturer that can provide reasonable guarantees that the product actually contains live culture of lactobacilli. Ancient physicians of  the Near and Middle East prescribed sour milk (which owes its taste to the presence of lactic acid bacteria) for stimulating the appetite as well as for curing gastrointestinal disorders and infectious diseases. In the tradition of Ayurveda, the medical system of India, a daily glass of cultured milk called lassi sometimes referred to as “Indian probiotic delivery system” has been advocated for overall health and prevention of disease (Badmaev, V. 1999 June/July, Natural Health Product Report).  In the early 1900s, renowned Russian scientist, Dr. Metchnikoff, one of the founding fathers of the science of immunology, conceived a theory of longevity that was based on therapy with cultured milk containing lactobacilli. He reported successful treatment of conditions ranging from skin dryness to cardiovascular disorders. Recent study showed that administration of milk supplemented with Bifidobacterium  to children and adults resulted in an increase of indigenous bifidobacteria, reduction of pathogenic clostridia and enterobacteriaceae in the stools, and decrease of stool ammonia (the parameters indicating gastrointestinal improvement).

L. sporogenes was first isolated and described in 1933 by Russian scientists L.M. Horowitz-Wlassowa and N.W. Nowotelnow  (Zentbl. F. Bakt. (1933) II. 87: 331-333) and the name was accepted in the fifth edition of  Bergey’s Manual of Determinative Bacteriology (In the USA the system of bacterial classification is routinely used and outlined in this book). However, it was transferred to Bacillus coagulans in the seventh edition of Bergey’s manual due to simplification in cataloging.  Nevertheless, in honor of the original discoverers, the name Lactobacillus sporogenes is used widely, except for taxonomic purposes. In the eighth edition of Bergey’s Manual of Determinative Bacteriology it is stated that “Various spore-bearing rods which produce lactic acid, are facultative or aerobic and catalase positive, have generally correctly been assigned to the genus Bacillus.” B. coagulans is Gram-positive, rod-shaped, aerobic and endospore-forming or soporiferous bacteria.

B. coagulans is an example of probiotic bacteria that fulfills the listed characteristics, especially as a soporiferous (producing cocoon-like structures, spores, sheltering live bacteria) form of probiotic. It is a unique probiotic system because it contains lactobacilli with an innate protection of lactobacilli from negative factors during manufacturing process (compression, heat), during shelf-storage, and from a possible interaction with other ingredients in a multi-component products, e.g. vitamins, minerals, amino acids, proteins, fatty acids and fructooligosaccharides (food for probiotics). Based on accelerated stability testing (incubation at 45C±1, 80% relative humidity for 90 days) this probiotic can provide up to 95% live lactobacilli after three years storage in room temperature.

B. coagulans produces only the L(+)lactic acid and proliferates within the gastrointestinal tract in a non-invasive way, which is characteristic of beneficial gastrointestinal residents such as Lactobacillus acidophilus and Bifidobacterium bifidum. The non-invasive pattern of proliferation of Lactobacillus sporogenes has been documented in a human study (Hashimo K. et al. 1964. New Drugs and Clinics 13(9):53-66). Oral supplementation with B. coagulans for several days colonized this probiotic in human gut flora, however  on the sixth day after discontinuation of the therapy, the supplemented probiotic was entirely eliminated. Available evidence indicates B. coagulans is a transient microorganism in the GI tract and that consumption of B. coagulans either in foods or as a dietary supplement does not have any cumulative effect that would affect its safety. Therefore taking this probiotic may require almost daily supplementation in certain age groups, especially as the human digestive tract is adversely affected by fast-paced lifestyle, nutritionally depleted diet, and a variety of OTC and prescription drugs that are commonly used. Available animal studies did not reveal any adverse effects of B. coagulans at doses as high as 25x10(9) spores/kg/day for 15 months. In multiple human clinical studies, including studies of up to one-year duration, no adverse effects of B. coagulans were noted.

B. coagulans  has also been evaluated in patients with type II hyperlipidemia (Mohan, JC et al 1990 Ind J Med Res 92; 431-432).  The patients were administered 120 million spores of B. coagulans three times daily for 12 weeks.  Treatment resulted in a significant reduction in total cholesterol (330 mg/dl vs. 226 mg/dl) and LDL-cholesterol levels (267mg/dl vs. 173 mg/dl) and a small but significant increase in HDL-cholesterol levels (43.6 mg/dl vs. 46.8 mg/dl).  Atherogenic lipid ratios were significantly reduced with no change in serum triglycerides.

Bacillus subtilis is like Bacillus coagulans, a Gram-positive, rod-shaped, aerobic and endospore-forming bacteria meeting the criteria for “ideal probiotic.”  B. subtilis proliferates within the gastrointestinal tract in a non-invasive way and produces (L+) form of lactic acid.  The lactic acid lowers the pH, and in synergy with a bacteriocin called subtilis (produced exclusively by B. subtilis, prevents the growth of harmful bacteria such as Salmonella, E. Coli, Clostridium and yeasts such as Candida albicans.  B. subtilis  is compatible with a wide range of nutrients, e.g. amino acids, proteins, minerals, vitamins and fructooligosaccharides; it is stable in room temperature for at least two years.

This microorganism is ubiquitous in nature, found in diverse environments such as soil, aquatic environments, vegetation and food.  It has the ability to thrive in different ecosystems based on the production of endospores. Bacillus subtilis is sometimes referred to as Bacillus natto, since it has been used in preparation of traditional fermented foods, e.g. fermentation of soybeans to make natto (consumed in Japan), fermenting soybeans into the traditional West African condiment dawadawa, or for fermenting African mesquite seeds in the production of the Nigerian condiment okpehe.

Epidemiological studies show that dietary intake of natto, which usually is served with breakfast in some parts of Japan, provides many health benefits including bone and cardiovascular health, in part because the fermented product is a rich source of menaquinone-7, a highly bioavailable vitamin K2. The vitamin K2 is a co-factor needed to carboxylate and activate osteocalcin and matrix GLA protein, two important proteins that improve construction of the bone matrix and prevent calcification of blood vessels, respectively. In addition menaquinone-7 has been recently studied to improve muscle health, possibly preventing age-related deterioration of skeletal muscle physiology, and in an incremental exercise model menaquinone-7 could increase oxygen utilization by the body, increasing V02max and physical performance of study participants.

Probiotics based on B. subtilis have been increasingly proposed for prophylactic and therapeutic use against several gastrointestinal conditions including irritable bowel syndrome, gastroenteritis as well as other gastrointestinal conditions. Irritable bowel syndrome (IBS) is a functional gastrointestinal tract disorder that presents with abdominal pain, diarrhea, constipation, and abdominal distension (Kim YG. Korean J Gastroenterol. 2006 Jun;47(6):413-9. It is known that several mechanisms are involved in the pathogenesis of IBS. Probiotics may target one or more pathophysiologic pathways in IBS and may improve the symptoms of IBS.    Forty patients were randomly allocated to be treated with a Bacillus subtilis-based formula (n=20) or placebo (n=20) in a double-blind four-week study. As a result both the severity and frequency of abdominal pain decreased significantly in the Bacillus subtilis group as compared to placebo.

Repeated daily intake of Bacillus subtilis HU-58 resulted in a promising modulation of the intestinal environment, both in terms of microbial community composition and activity. The most interesting observation was the increased saccharolytic fermentation with a potent increase in butyrate production. As butyrate is well-known for its protective effects towards the intestinal epithelium and for it stimulation of the host immune system, the available data suggest potential probiotic properties of Bacillus subtilis HU58 (Evaluation of the Bacillus subtilis strain HU58 in the SHIME technology platform by Viridis Biopharma 2016).

Bacillus subtilis HU58 was evaluated in human studies for its effects on the immune system of healthy subjects. Three healthy subjects were selected for this study. Healthy status was based on physician assessment and physical examination, biochemistry reports, and by evaluating the past history for any illness especially during last 3 months prior to the study. The alcohol consumption, smoking and tobacco chewing habits were ruled out before enrolling the study. Two subjects were given HU58 in form of a capsules containing 4 billion CFU, whereas one subject was given the dose of 40 billion CFU daily for one month. All 3 subjects were evaluated for their cytokines profile, i.e. TNFα and IL-6 levels at regular interval of 7 days until day 28. Both doses of HU58, 4 billion and 40 billion, resulted in a significant reduction in the pro inflammatory cytokines and no objective or subjective side effects were observed during the study (Synergia Life Sciences 2016).

The recommended dose of SUPER DUO is provided in form of an effervescent tablet, drink, or lozenge providing 1 billion of Bacillus subtilis spores and 1 billion of Bacillus coagulans spores. The recommended daily dose to sustain health is suggested with breakfast or when gastrointestinal symptoms occur, e.g. heartburn, gas, diarrhea or constipation. The significant therapeutic effects in improving gastrointestinal performance show within hours to several days of taking SUPER DUO. For the sustained health benefits SUPER DUO should be taken as a daily supplement.  Spores mixed in whole meal biscuits were found to survive baking at 235 °C for 8 minutes with only a 1-log reduction in viability. That spores can survive the baking process offers the possibility of using spores as probiotic supplements in a range of novel food products.

STORAGE OF SUPER DUO VS. OTHER PROBIOTICS

SUPER DUO meets the criteria for an “ideal” probiotic and therefore does not require refrigeration; it can be stored in room temperature for at least two years. Most of the Lactobacilli on the market require  refrigeration to preserve their viability,  which necessitates storage in refrigerated conditions.